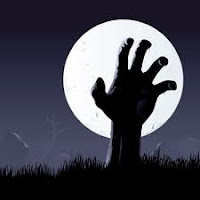 There is an ongoing postmortem for Against All Authorities (AAA) cascading through various blogs and forums. And though they are, to a degree, merited, it appears that the funeral may be a bit premature.

In Catch, The Collective and Russian Thunder Squad are putting up a spirited defense of their systems, reportedly getting aid from Black Aces, a recent corporation add to AAA (formerly of AAAC), and VVS Corporation. Meanwhile, AAA itself stubbornly refuses to roll into failscade.

History is full of cases where the enemy's on the run and battle looks to be over, until suddenly the troops of the apparent victors decide this would be a good time go looting. I suspect that's what's happening in Catch at the moment. With most AAA possessions in four regions rolled over and Catch looking pretty well in the bag, a lot of the Catch Invading Forces (CIF) have turned their attention to securing their new real estate in other regions. Meanwhile, PL's contract is rumored to be near completion. All of this removes CIF troops from the main front and gives AAA the breathing room to recover.

This explains RUS/Initiative/CO2 reaching out to IT Alliance to open a second front, and thereby inject additional forces into the fight's supposed end-game. Part of the agreement appears to be that IT will not keep any systems it captures, but turn them back over to the CIF alliances.

Meanwhile, as I pointed out last week, IT Alliance has to wonder how friendly its new neighbors are going to be once they've removed AAA from the map. One has to assume that AAA is making similar overtures to IT Alliance. IT Alliance may well play both ends against the middle - though I don't attribute SirMolle with that degree of diplomatic or strategic subtlety.

The outlook is still bleak for AAA, but their enemies have provided an opening. We should see fairly soon whether AAA's leadership has the steel to take advantage of the opportunity.

How many times have I told my minions, "Don't forget to stake the vampire," only to have them come back with holes in their necks saying, "Really Boss, that vampire looked totally dead when I turned my back on him,"?  If you want a vampire dead, you have to drive a stake through its heart.

Despite the eulogies, AAA still walks among us.
Posted by Mord Fiddle at 4:58 AM