In emergency medicine, the golden hour refers to a time period lasting from a few minutes to several hours following traumatic injury being sustained by a casualty, during which there is the highest likelihood that prompt medical treatment will prevent death.
- Advanced Trauma Life Support 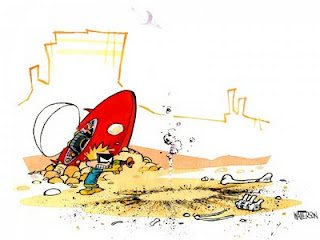 It's never a good day.

Defeat and retreat are part of the ebb and flow of fortunes that make nullsec what it is. However, unless you're role-playing Aeneas,  being driven from your nullsec home and into the wilderness with your fellow exiles is never fun. And, as I say so often that you're probably rolling your eyes and mouthing the words as you read this, if your guys aren't having fun, they'll soon be somebody else's guys.

So, while you don't have to like it (in fact you shouldn't), you do need to be mindful of the possibility that you'll be overrun and have to make a strategic withdrawal and plan against that eventuality. If and when it comes to that, the last thing you want is everybody rushing for the exits in panic, leaving their fellows and most of their high-value assets behind. Nor do you want the veterans of nullsec bug-outs reading the writing on the wall and quietly moving their assets out on the sly, leaving the less experienced players holding the bag. Your pilots should be confident that, in the event the unthinkable happens, an organized evacuation plan is in place and will be executed in stages if the strategic situation begin to decay.

"But Mord," you might ask, "Doesn't an evacuation plan deliver the wrong message? Won't my pilots fight harder if they have to hold their ground or lose everything?"

In a word, 'Stalingrad'.

If your goal is for your organization to live and fight another day, you need to make sure your retreat doesn't turn into a rout. You want your guys to know you've got exit options covered so they can focus on the fight and not on finding a jump freighter pilot willing to move their stuff out of harms way.  The more in the way of high-value ships and equipment you can save, the faster your pilots can regroup and get back in the game.

So, create a plan that balances the needs of your alliance and your corporation. Update your plan periodically in order to accommodate changes to your organization's pilot roster and equipment inventory. Circumstances will vary and there is no one-size-fits-all plan. A non-sov holding entity that has no military obligations (such as a nullsec renter) can pretty much pick up and move at the first sign of trouble. On the other hand, a member of a sov-holding alliance, or a renter who aspires to graduate to membership in said alliance, has to lock shields with the rest of the defenders and hold the line as long as is reasonable. Combined Indy/PvP organizations should plan for both sides of the house.

Most evacuation plans should allow for execution in phases. For Example:

Threat Level 1 - The bad guys have established a beach head in your area and you are subject to probing attacks. You believe your system(s) is a target, but they haven't arrived in force.  Travel routes are still open. Pack up non-essential industrial and PvE items and move them to safety.

Threat Level 2 - The bad guys have broken out of the beach head and are on their way. Your territories are under direct threat and your system or key access points to your system are being routinely harassed by enemy gangs/fleets. Non-essential and "vanity" PvP ships should be moved to safety. Capital PvP ships not involved in the evacuation of non-essential ships should be moved a safe staging area behind friendly lines.

Threat Level 3 - You are in imminent danger of being overrun. Gate pipelines and jump-bridge networks are heavily interdicted by the enemy. General evacuation underway. Remaining ships, equipment and supplies not being used for rear-guard actions are evacuated by jump-ship and carrier. If the alliance is falling back to a secondary (or tertiary) defensive line and you're redeploying in support the alliance should have provided a system to use as a fall-back point. If you are evacuating alliance space altogether, a preselected rendezvous  location should be designated.

Now, the moment when the greasy, bandy-legged barbarians crash through your gates and undertake a literal approach to animal husbandry is usually the culmination of a series of lesser misadventures. Your troops will likely have been fighting the rising tide for a while and been losing a lot more than they win as the siege went into end-game. Despite their stiff upper lips, vows of return and loyalty to the cause, morale is going to be low. They are going to be tired, discouraged and, in many cases, cash and equipment poor.

At this point you might think a leader could wipe the sweat from their brow, put their feet up, declare it Sapporo time and tell the kids to go out and play for a while. Alas, quite the opposite. From an organizational standpoint, this is the golden hour. What you do upon arrival in safe harbor will likely make the difference between whether your organization rises like a phoenix from the ashes of defeat or tumbles ignominiously into the abyss of failscade.

The first instinct of a lot of CEOs and directors is to cut the team loose and give them a couple of weeks to rat and kick back while the leadership team regroups and considers the the next move. Don't go there. At this point, structure is your friend. Keep the troops well occupied. Provide organized roams, ratting expeditions and training sessions. Set them to work restocking consumables like jump and POS fuels and ammunition. Find out who needs to be made whole and make doing so an organizational project.

Even before your last jump-ship makes its escape from the barbarian horde, start planning your organization's future and making preliminary contacts with future friends and allies. Let the rank and file know there are plans in motion. Once in safe harbor, set them to preparing. Spy missions, diplomatic outreach, recruiting, setting up logistics for the upcoming move are all tasks that will keep their eyes on the next big adventure and make it harder for other organizations to lure your best players away.

Like as not, nullsec's going to get pretty chaotic for the next quarter or two. That means a lot of small corporation CEOs will have to lead their people out of the wilderness to rebuild and reorganize. Whether or not their organizations survive and return to the deep thereafter will depend on the planning those leaders put in up front.
Posted by Mord Fiddle at 6:27 PM